After many days of planning, the much awaited Flitwick Motorcycles MT test day dawned with the weather decidedly cold and wet.

Despite this we had a great turnout, with an early queue to book a test ride on one of the fabulous Yamaha MT range.

The Japanese buffet was well received, with very little left at the end of the day, and most took part in the competitions to win gear, a £25.00 jar of Easter eggs, and the big one the Yamaha competition to win an awesome new Yamaha MT 09-SP.

We were pleased to see that many took advantage of the Complimentary Temporary Tattoo facility, with the children having some awesome face painting in the hand of the very talented Pierangelo, who also took the souvenir photos for you to take away, some of which you will see here.

The weather improved a little as the day went on, but it remained cold- [...]

The new 2018 MT-07 has arrived in Flitwick Motorcycles showroom!

The award winning Hyper Naked MT-07 has been re-styled and refined for 2018, making it an even more exciting ride for riders of all types. The versatile all rounder retains its 689cc inline crossplane crank engine, but gains improved suspension at both the front and rear (with adjustable rebound damping), as well as a roomier riding position and a cosmetic re-style influenced heavily by its bigger brothers.

Hitting the showroom at £6349 on the road, the 2018 MT-07 remains competitively priced in today’s marketplace and is available in 3 colour options – a revamped Night Fluo, Tech Black and Yamaha Blue.

As well as available for viewing in our showroom we also have a demonstrator available for test-rides… just get in touch to find out more (ours is a black one)! 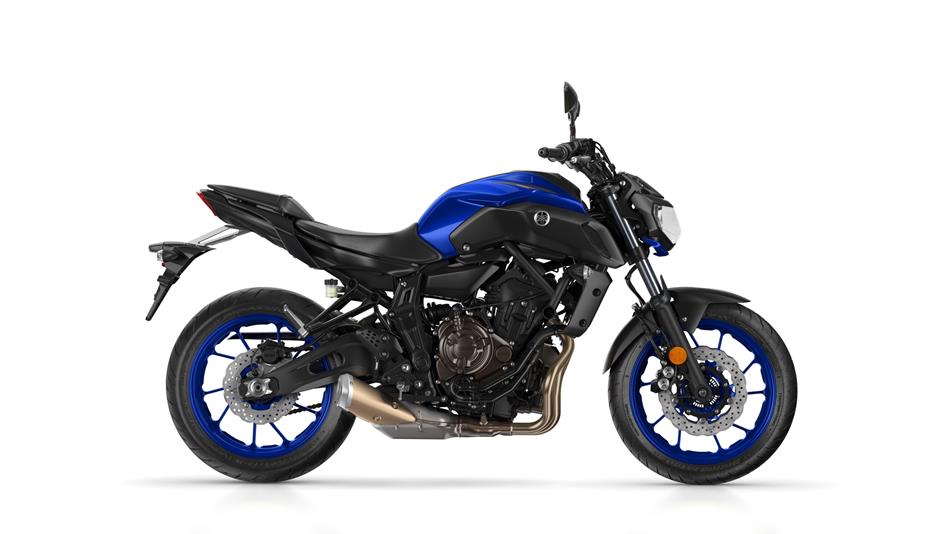 We will have the full MT Range available for demonstration rides at Flitwick Motorcycles on the 31st and will be running an out-ridden test route for groups throughout the day. This should provide a perfect opportunity to ‘experience the darkside’ and get acquainted with your Yamaha MT model of choice. Machines available for test ride on the day are the 2018 MT-10, MT-09, MT-07 & MT-03 model variants (please ask if you want to test-ride a different model – if we have one available we would be happy to sort something out), so there is something for everyone. Bookings are on a first come first served basis on the day only and are subject to our licensing terms and conditions (*see below) and availability.

There’s loads more happening on the day as well, with competitions** to win some MT Accessories and [...]

The New Yamaha MT-09 SP has arrived in the Flitwick Motorcycles showroom, so why not come and have a look? I wouldn’t hang around, however, it’s already been sold! Don’t worry though, we’ll be getting another one in soon.

If you liked the MT-09 you’ll love the SP! Taking the colours from the R1-M and adding a fully adjustable Ohlins rear shock with a remote adjuster, along with upmarket Kayaba front forks with dual rated springs and adjustable preload, compression and rebound damping. All of these combine to make the MT-09 SP an absolute hoot to ride and a very capable machine when pushing on a bit.

Don’t take our word for it though – come and have a look! The MT-09 SP is hitting the showroom at £8999 plus on the road charges. 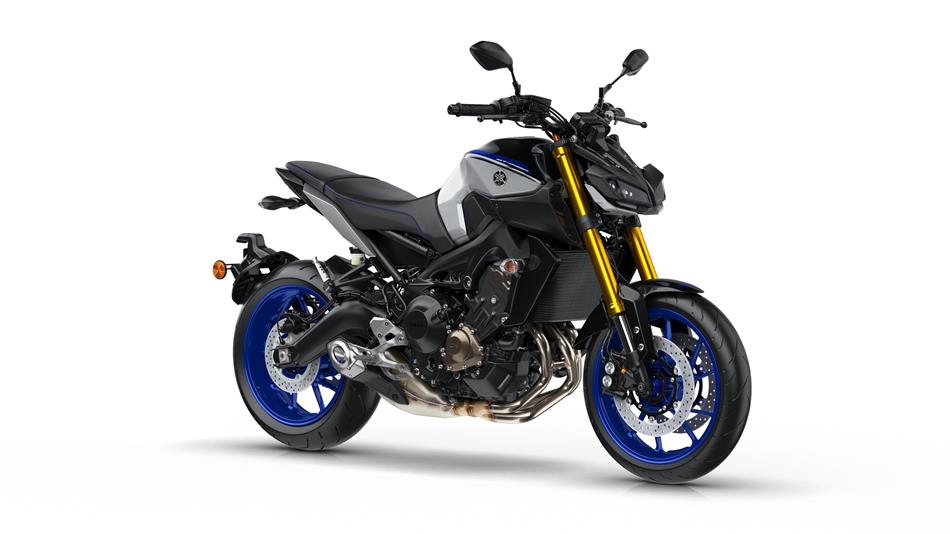 The long-awaited new Shoei Neotec 2 has arrived in the Flitwick Motorcycles showroom.

A big improvement over the already excellent original Neotec, the new helmet has been refined to make it smaller, quieter and warmer than it’s predecessor.

Improvements over the original Neotec include:

We all think they look great, but more importantly they feel great when you pull one on as well. Don’t take our word for it though, why not pop into the shop and try one on yourself? Alternatively they’re available to purchase on our website!

Welcome to our new website – designed with you in mind. We hope you enjoy your visit. This site will be updated regularly so be sure to bookmark this page.

The first meeting of the year for our two Flitwick racer, Olie and David Linsdell took place on the weekend of the 18th and 19th March.

The all new Enfield “Prince Harry” the Bullet 500 was only just completed, and would be running untested in plain white livery. The intention was that Olie would ride Prince, together with the Formula 750 Rob North Trident belonging to new Sponsor Trevor Mann (Welcome to the team), forgoing the 350 class.

Its safe to say that preparation had gone down the wire this time- building and preparing Prince had taken Steve to the limit, and we knew that development was needed to get it right. And so it proved, with teething problems causing electrical issues, and balance factors causing vibration- two DNF’S saw Olie swapping to the Seeley, taking two [...]

We are exited to announce that the anticipated all new Yamaha YS125 will be in our showrooms from late March. This lightweight commuter 125 learner legal machine replaces the much loved YBR125.

With sleek styling, The new Yamaha YS125 is designed to reinforce the characteristics that have made the YBR125 a best selling commuter bike, while also offering today’s smart and discerning commuters an even more comfortable, stylish and attractive package.
Existing YBR125 owners who are looking to trade up to the new model can expect to experience even higher levels of fuel autonomy and riding comfort from the YS125. At the same time, riders who may
be coming to two wheels for the first time – as well as those trading up from a 50cc scooter or a budget 125 motorcycle – can be confident that the YS125’s class-leading reliability and easy handling
characteristics make it the smart choice.
Economic, euro [...]

Spring is almost here, and the exciting new Yamaha models are arriving in our showrooms. 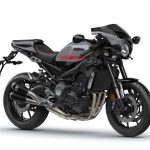 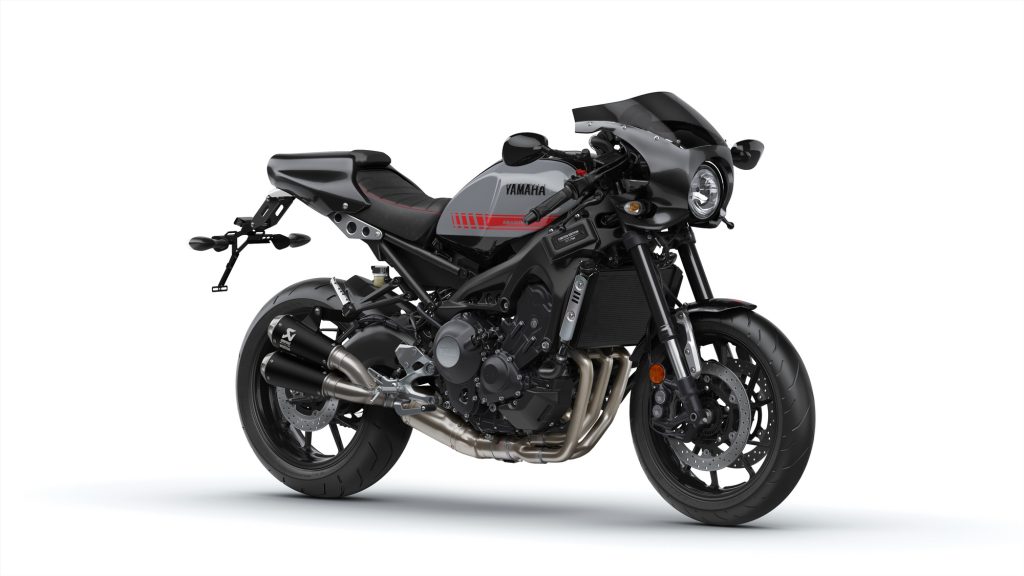 We are exited to report that Yamaha have announced new models for 2017.

We are now taking orders for all these models.

For full spec and details click on the Yamaha drop down tab under the Bikes mail tab above.

By subscribing to our newsletter you will always be up-to-date on our latest promotions, deals, news and events!